Collaborative project with photographer David Dybiec. Plaster cast found mittens were placed around town for the duration of the exhibit: Urban Objects in Crisis at The Ottawa School of Art Gallery, August 2001. Public notices were placed around town advertising the location and hours for the show. A map of the city was exhibited in the gallery, pinpointing the fictitious locations of the whereabouts of the plaster mitts and gloves. All the plaster casts (75 in total) were absorbed back into the community. 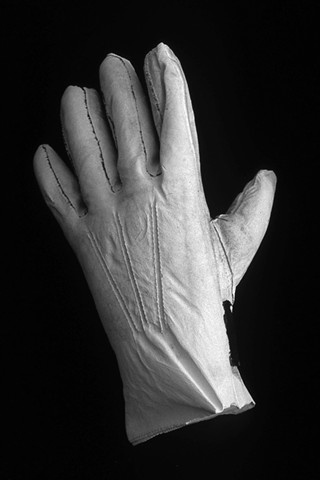